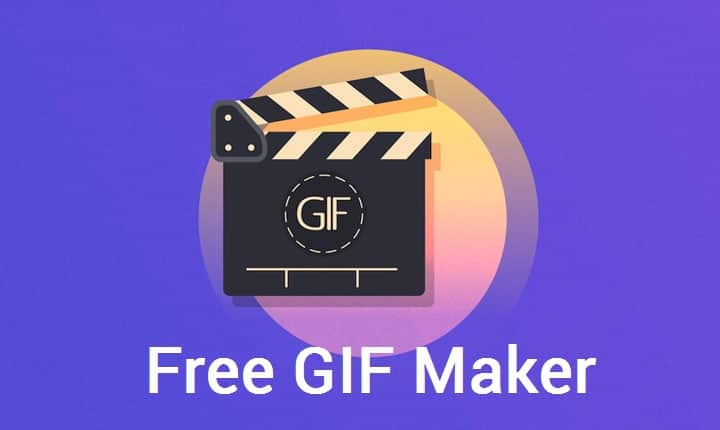 Making animated GIFs is not difficult. You can create your own unique GIF with personal photos/videos/Texts using this free GIF maker.

In this article, we are showing to you some best site to make Free GIF from Video or Image or text. Check below the sites: 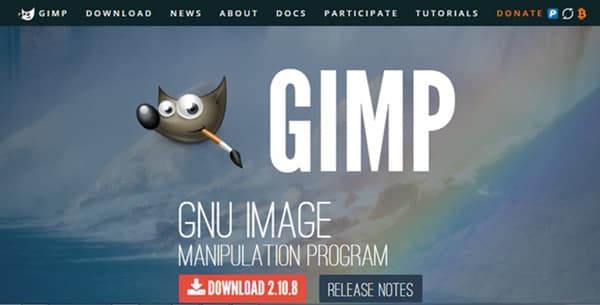 GIMP is a complete photo editor software for all image editing needs, including creating animated GIFs. GIMP is far better than other GIF makers because it can edit the entire image before it is made into an animated GIF.

How to make GIF in GIMP

In this section, you can click the Image menu if you want to edit the image again, such as resizing an image or changing the size of the canvas.

The delay duration between frames can still be adjusted, and loops can be removed. After all, it feels good, it means that the animated GIF created is ready to be saved. The trick, click the File menu -> Export As, then select the type of GIF image file. 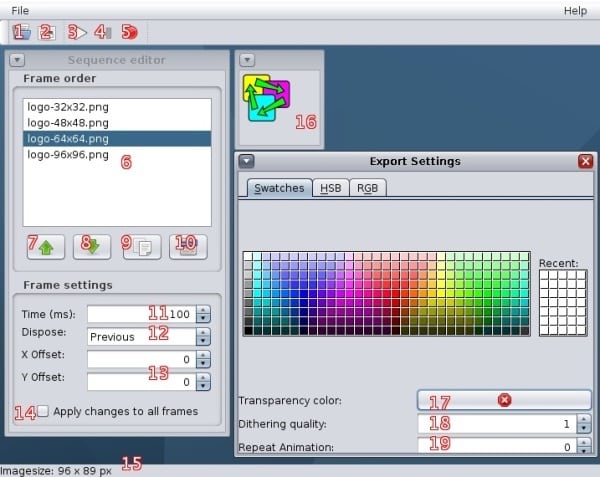 Software GiftedMotion is more simple than GIMP. Editing can be done instantly as easily as drag-and-drop after inputting all the images to be animated GIFs. Adjust the position of the image, set the delay between frames, or adjust the size of the GIF.

The disadvantage of GiftedMotion software is that it cannot adjust the image size to certain pixels like other GIF makers. The GiftedMotion website is full of advertisements, so it’s a bit confusing when looking for a software download link.

The GiftedMotion software download link is at the bottom of the page, blue with the words “giftedmotion-1.23.jar“, or other writing if the software version is different.

Make A GIF is an online GIF maker that can be used to create animated GIFs from a combination of several images, videos from computers, Facebook videos, Youtube videos, or from webcam recordings.

If you want to create a GIF from a video, you only need to select certain points to use in animated GIF, then specify the duration of the animation to be used.

You can download animated GIFs to your computer or copy GIF URLs to use elsewhere. GIFs made will be fitted with a watermark. To delete the watermark, you only need to create a free account on Make A GIF.

You can create animated GIFs by uploading photos from a computer, from a webcam photo, or an image via a URL. All images can be adjusted by drag-and-drop.

The size of the GIF can be adjusted, then the image effect can be added. Each image can have a different frame duration, from a maximum of 10 seconds to a minimum of only 1 second. 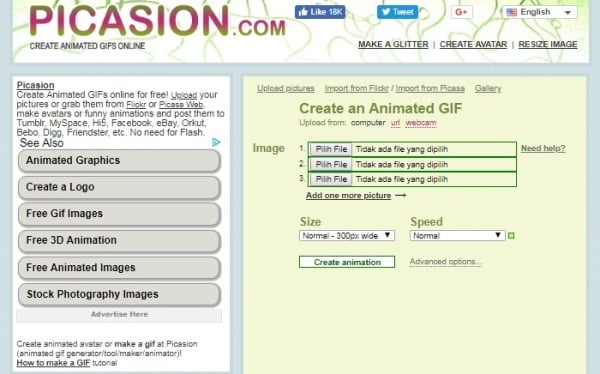 The Picasion website was originally intended to create animated GIFs from Picasa web photos. Even though now the Picasa web has been transferred, but the online Picasion GIF maker is still active for creating GIFs from images from other sources.

You can upload images from a computer, webcam photos, photo URLs or photos imported from Flickr. But, you can’t upload photos from a computer in bulk at once. Can only be uploaded one by one.

Animation speed can be set from very fast to as little as 10 seconds, with a width of GIF that is made up to a maximum of 450 pixels.

GIF animations that are finished can be downloaded, or sent to email, or shared to Facebook, Tumblr, Hi5, MySpace, or others. No need for Flash Player to use Picasion. 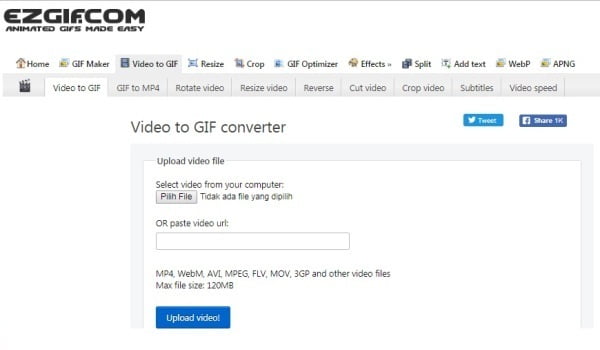 ezgif.com GIF maker online is not difficult to use, although it is rather strange compared to other online free GIF makers. Because its features are separated into several pages. You can make GIFs from photos or from videos.

The best feature is that you can upload 2,000 images at a time, or upload a ZIP archive containing all the images to be used as a GIF. This can save a lot of time, but the question: does it take 2,000 images to make one GIF?

There are other features such as crop, resize, GIF optimizer, position modifier, speed control, text enhancer, and other features.

If you like, you can add monochrome, grayscale, or sepia effects to all GIF animations. Changes that have been made to GIF are displayed under settings. You are free to save or discard this change. 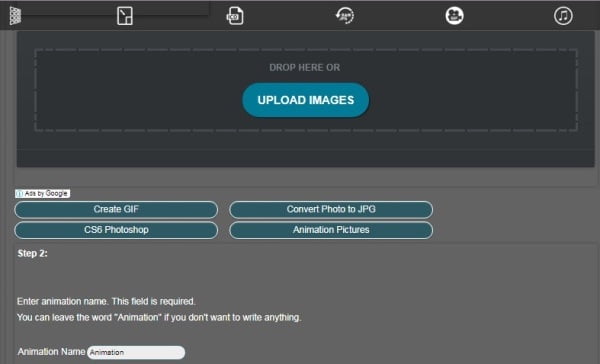 Toolson.net is an online GIF maker. You can upload multiple images at once from the computer, then change the position of the image as you like. Unfortunately, the Toolson.net GIF maker page is full of ads: annoying.

Read More: How to Remove Background from image without an Application

The standard features of Toolson.net’s Gif Maker are GIF size modifiers and regulators of the time intervals of each frame. Another feature is the additional effect on GIF in the form of boundary lines, hearts animation, or grayscale effects.

The image cycle can be removed if you want. That is after the last image appears, the GIF animation will stop until the GIF file is opened again. GIFs can be saved to a computer, or shared via email, Facebook, Twitter, Tumblr. 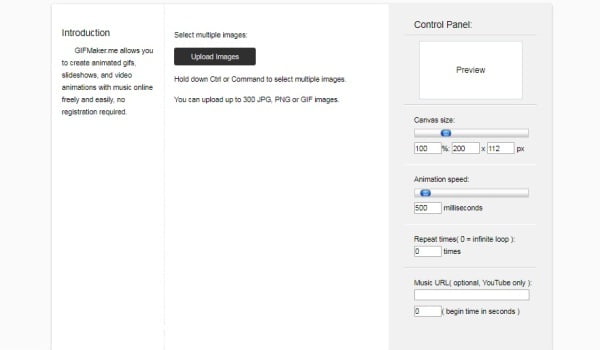 GIFMaker.me is an online GIF maker. Can make GIFs from JPG, PNG files, even from GIF files themselves. The best feature is that the preview has been active since the GIF was created, so you can see directly the animated GIF that you are creating.

Another feature of GIFMaker.me is that you can adjust the speed of the animation, adjust the canvas size, adjust the number of loops, and be able to add audio from the video into GIF.

Animated GIF Maker is an online Free GIF Maker. Before starting to make GIF, you will be asked to choose the speed of the animation and how to adjust the size of the image to be uploaded.

Some images can be uploaded at once, becoming faster than other online GIF Maker. After all the images have been uploaded, you can adjust the position of the image and the duration of each image that will be displayed on GIF.

The GIF animation that has been created will be displayed on the screen, then you can download the GIF to the computer. Or you can edit again if necessary. Activate Adobe Flash Player on your computer to use Animated GIF Maker.

All these Free GIF Maker sites are awesome to create Gif from video or images. Just you have to read the tutorial to make an animated gif.