Covariance a career in Data Science is also about discovering your passion for data and analysis. If you are from a Statistics or Mathematics background, then opting for Data Science training may be a natural progression in your career plans. You are already familiar with the fundamental concepts, so upskilling may not be daunting for you. However, if you belong to any other stream, you may be wondering what does Data Science training entail? Can you opt for a Data Science course without a strong understanding of the basics? 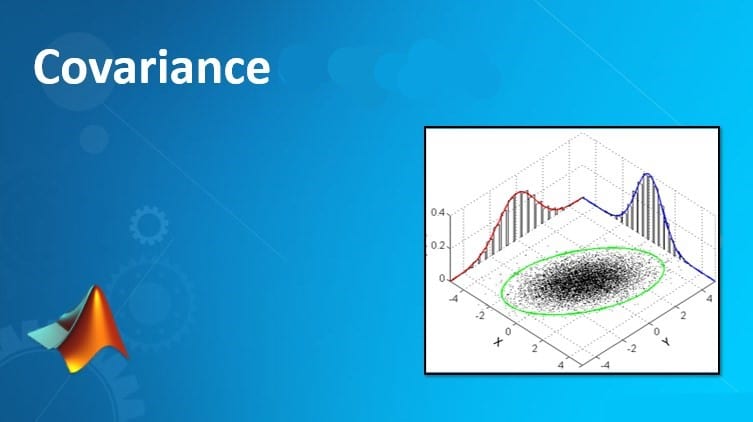 As most job interviews in this space test, you for a grasp of the fundamentals, your Data Science training will include some of the key Statistical theories in detail. You may like to become familiar with these concepts, beginning with Covariance. So let us examine Covariance: what it is and its relevance in statistics and Data Science.

Covariance measures the relationship between two random variables in a data set where the variables change at the same time. It estimates the total variation from expected values.

Covariance is used to determine the direction of change in the variables, whether they move together in the same direction or reverse directions. However, it does not indicate the strength of the relationship or the dependency between the variables.

It displays certain characteristics as listed below:

As fundamental concepts in Statistics and the Theory of Probability, Covariance is often compared to correlation. They both assess the relationship between a given set of variables and illustrate the measures of the linear association between two variables.

What is Covariance in Statistics

In Statistics, Covariance quantifies how much two random variables change together to show similar or contrasting behaviour. It measures the degree to which two variables are linearly associated.

Consider a table of data with two columns, X and Y, where variable X represents the temperature in degrees Fahrenheit, and variable Y represents the number of ice-cream sales in Rupees. The covariance of X and Y is calculated as COV(X, Y). This equals the sum of the products of the differences of each item, and the mean of its variables, all divided by one less than the total number of items in the set. As the Covariance is positive or more than 1, we believe that there is a strong positive linear correlation between the temperature and the ice-cream sales.

Likewise, instances of negative correlation are higher COVID cases with lesser masks worn and higher sales of room heaters with a decrease in temperatures.

Importance of Covariance in Data Science

In Data Science, Covariance knowledge is used to manipulate independent variables to observe the effect on dependent variables. Raw data is transformed into features that best represent the problem under consideration, and used as predictor variables that work well with the algorithms in machine learning or statistical models.

The Data Science world calls it Feature Engineering as features are typically depicted as a column in a two-dimensional dataset, having a specific value and transformed into predictors.

Real-life problems where Covariance is used

The concept of Covariance is used to solve real-world problems in many domains.

In finance, Covariance is used in building investment portfolios. For example, the Covariance between two assets in a portfolio is used to balance risks by selecting assets that do not exhibit a high positive covariance with each other, so the high risks of one asset set off the low risks of another asset.

Covariance is also used in everyday performance tracking of investments by measuring the directional relationship between a selected stock and the stock market benchmark NIFTY 50. A Positive Covariance which indicates that the stock price and the NIFTY 50 are predisposed to moving in the same direction, is a standard used for stock selection or asset retention.

In Psychology, Covariance is used as a measure of positive relationships. For instance, an adult figure who is supportive displays a positive Covariance with a child’s good performance in school. It is because when the adult is more compassionate, the child’s mental health and confidence increases and his grades go up; and when the adult is less supportive, grades are more likely to go down.