If you are an avid Netflix user, you probably know by now that Netflix has a different content library for different regions. Meaning, viewers in the USA and Italy have a different library of shows and movies. And it’s not just the titles that are different. Did you know that American Netflix has the biggest library with over 5750 movies and shows? Other regional Netflix libraries are not even close to it, with Netflix Australia having 4,907 titles and Netflix UK having 2028 titles only. 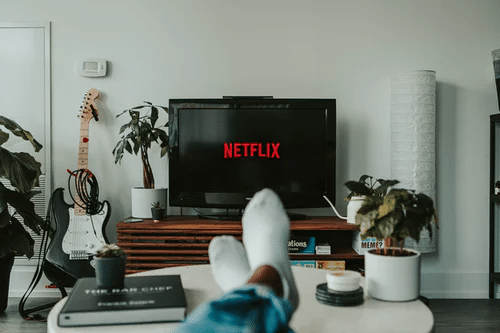 Unblock Netflix with a VPN 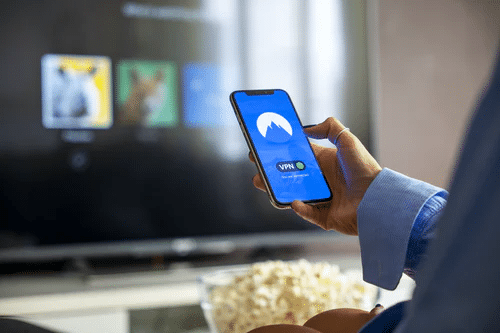 If you want to access the world’s biggest Netflix library from abroad, you can use a VPN. With a VPN, you can connect to a server in another location and trick Netflix into thinking that you are trying to access it from that region. For example, for accessing US Netflix in Canada, you can connect to a US server and access American Netflix without any issues. This way, you will be able to stream US Netflix exclusive shows like Dexter, Person of Interest, and Marvel Agents of S.H.I.E.L.D in Canada.

With a VPN, you can also make sure that you don’t miss your favourite show and latest episodes when you are on vacation. Let’s say you’re from the USA and are on vacation in Europe or Canada; you can easily set up a VPN, connect to a US server and pick up your show from where you left off.

Why is Netflix Regionally Blocked?

You must be thinking that, like other streaming services, Netflix is also the same for every country, but that is not true. Unlike Hulu, Amazon Prime Video, and Disney+, Netflix varies from country to country, offering different content to different regions.

That is because Netflix like other streaming services need content distribution rights for each country to broadcast a particular show or movie in a region. The problem is that just like Netflix, local content distributors also apply for rights and if they get their hands on it first, Netflix doesn’t show that movie or title in that country, even if it is available in other country’s Netflix. For example, Star Trek: Discovery is available on Netflix in various regions, including the UK, Netherlands, France, Australia, and more. However, if you are in the US or Canada, you can access it on CBS because it is not available on its regional Netflix libraries.

Netflix serves regional libraries to users based on their geo-locations. Your IP address contains information regarding your location, where you are based in. For example, all IP addresses of New York City are similar. Therefore, by using your IP address, Netflix roughly determines your location and serves the Netflix library accordingly. This way it limits the content offered in your region.

This might feel unfair to you as Netflix is a paid subscription, and you are paying for it like the rest of the world, so why can’t you access all the movies and shows. This is where a VPN comes in. With a VPN, you can connect to a server of another country. This way, the VPN encrypts your internet traffic by passing it through the VPN tunnel, giving the illusion that you are present in that country. With a VPN, your device will get a different IP address, tricking Netflix into thinking that you are trying to access it from a different location. This way you can also watch Netflix while travelling.

You must have heard of the famous Netflix proxy error. Well, it is true that Netflix tries to block most VPN IP addresses that are trying to get access from a virtual location. It’s not only true for other countries, as sometimes Netflix also blocks access when you use a VPN to connect to your home country. Therefore, not all VPNs work with Netflix. Some of the VPNs that are tested to work with Netflix are ExpressVPN, Surfshark, and NordVPN.

Netflix tries to block VPNs, but it can only do so much as VPN services constantly update their IP addresses to bring newer ones that are not blocked by Netflix. Therefore, by using those VPNs, you can unblock various regional Netflix libraries from anywhere in the world.

Netflix is the most popular streaming service with a variety of content, and chances are you must not be getting the most out of Netflix. With a VPN, you can unblock various Netflix regional libraries in the world, so here are some tips and tricks to maximize your Netflix streaming experience:

Yes, you can download shows and movies on Netflix to watch them offline. This way, you won’t have to worry about a slow internet connection and stream your favorite show anywhere offline.

If you are tired of browsing through Netflix’s basic categories like ‘Romance’ or ‘Action,’ you can use genre codes to browse through sub-genre and interesting categories that you will not find on the home page. You can add the code in this URL: http://www.netflix.com/browse/genre/### (### is the code)

Here are some secret Netflix codes for the different genre:

If you are bored of watching the same things on your Netflix library, VPN is the perfect solution. As you can see, with a VPN, you can not only unblock American Netflix in Canada but also other famous Netflix libraries, including Netflix Japan, Netflix Korea, Netflix UK, and more. Think about all the content you can get your hands on using this simple trick! So, download a PN and stream your favourite Netflix shows without barriers or restrictions. Happy streaming!