Understandably, our rendezvous with the pandemic has made us more mindful of the environment. However, little did we realize that stepping into 2021; we will have to keep a close check on the streaming quality on smartphones, specifically to minimize the ill-effects on the global milieu. 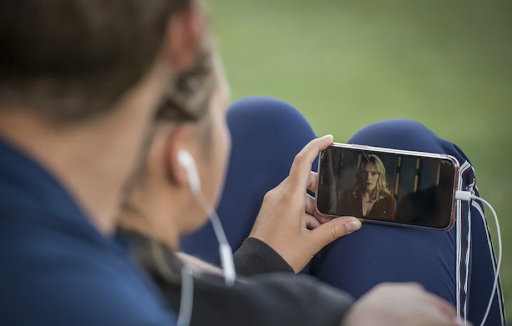 Based on reports released by the Royal Society, an organization native to the UK, streaming High-Definition content on smartphones can lead to massive carbon emissions. Instead, we have now been advised to play videos in Standard Definition to counter the same.

But, doesn’t this finding and postulate make sense as we now look at a 5G-empowered future, better smartphone screens, and the ascendancy of the Streaming Wars.

With 5G arriving anytime soon, we will surely be having a wider technological coverage. Besides, cheaper smartphones and relevant devices are also expected to arrive, with extensive support for the application that might reap the benefits of the 5G technology.

Furthermore, the hype surrounding 5G, foldable smartphones, and the domination of streaming platforms is expected to materialize in 2021, more so when we have left behind the despairs of a global pandemic. Then again, with connectivity expected to scale up at a prompt pace, we can very well root for better internet speeds, improved coverage, and affordable smartphones.

Therefore, is it appropriate for such a contradictory report to show up at this point in time and this is what we shall be discussing in the subsequent sections!

HD as the Preferred Streaming Quality!

The quality of smartphones clubbed with fast and stable internet connectivity has been accommodative towards High-Definition streaming. Even though we could have been more tolerant towards the basic YouTube videos, the voluminous sea of content available over the digital domain isn’t doing anything to prune our streaming indulgences.

Instead, as we are getting hold of better resources, we are aggressively deploying them to get the best visual experience ever. Besides, the advent of several open-source software solutions and applications like Stremio, Plex, Kodi, and more have steadily paced us towards an infinite content repository, which deserves to be viewed at the best possible quality.

Then again, even our environment deserves a bit of respite and empathy!

As per the Royal Society, HD streaming on smartphones leads to an eight-fold increase in the carbon footprint, precisely as emissions. Besides, the scientists are of the mind that content at 720p isn’t a lot different than that at 480p, especially when the smaller screens are concerned.

Moreover, as per the recently released report, scientists are incessantly requesting the streaming platforms to put restrictions on the streaming resolution for smaller screens. While streaming at a particular resolution is more of a choice, setting the 480p as default can do the trick.

Moving towards SD resolution is expected to reduce carbon emissions, precisely at the per capita level. This approach would then help the environmentalists save the milieu by efficiently combating climatic ramifications.

That said, the final decision is at the discretion of the regulators and platforms.

Moreover, the report emphasizes the fact that global carbon emissions, as contributed by the digital space, have escalated up to 5.9 percent in certain parts of the globe, over the past few years. Therefore, in addition to preferring SD streaming, users are also requested to follow a set number of practices to minimize the incremental stress on the environment. These include turning the smartphone screen dark while streaming music and recycling order smartphones, instead of keeping them stacked indoors.

In case people are willing to make the SD streaming shift on smartphones, we can expect a 5 percent nosedive in the existing carbon emission estimates, which equates to maintaining YouTube Serves at the expense of renewable energy sources.

How to Still Leverage Technology in its Entirety?

While most of us would want to contribute positively to the environment, letting go of the technological perks isn’t a prudent decision. Therefore, instead of streaming a world of content on smartphones, we could rather shift to streaming devices. Devices like the Amazon Fire Stick, Chromecast, and Roku are more than capable of transforming any basic television into a streaming hub, which then allows us to make use of an older electronic appliance, instead of getting a new one.

Besides, the streaming devices are also compatible with select platform-centric applications like Kodi, which can open a premium world of content for the streamers, at zero additional cost. However, we are required to follow the instructions to set up Kodi on Amazon Firestick or any other compatible device to the letter, for reaping the benefits of the same.

As the likes of Kodi and Plex unveil an entire gamut of streaming possibilities, truckloads of consumable multimedia, and a staggering set of viewership options, larger screens are expected to offer better visual experiences. Besides, with relevant streaming devices to rely on, we aren’t supposed to miss out on the diverse benefits of the 5G advancement.

How Transfer Files Between Android and macOS: A Basic Guide