Rainbow Six Siege is a fascinating game to play. Even though you’re also engaging in gunfights and killings, you can still enjoy the game to the fullest. Rainbow Six Siege features two teams, the defenders and the attackers. As soon as the game begins, each group focuses on its specific objectives. The attackers will choose their spawn points, and the defenders will do the same. 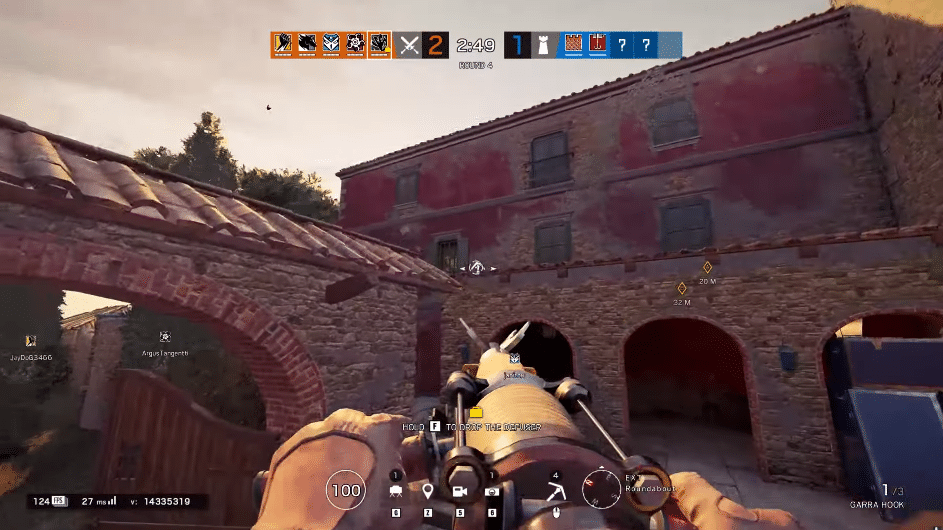 Both groups work as a team to undermine their opponents. As a team-based game, it is proper to maintain communication, coordination, and teamwork. Also, you will need advanced r6 cheats to achieve your objectives faster.

There are two sets of Operators in R6, the attackers and defenders. The attackers are equipped with destructive weapons and capabilities that empower them to breach, clear, and secure the round’s objective. The defenders’ Operators are the custodians of the Objective and would apply every strategy and tactic to protect it.

Operators in Rainbow Six Siege all have unique gadgets, agility, and armor. So, try to understand how each of these Operators works and the weapons they carry to pick the best one for your style.

As you play this game, you’ll come across all kinds of environments depending on the Map you play. You will find walls to destroy, windows, and even doors that you can reinforce for defense. Also, your enemy can breach every location you find on a Map from many access points. You can also destroy the locations using advanced weapons if they become a barrier.

So, an enemy can attack your location through the rooftops, hatches, basements, etc. This is why you must always be on a high alert in the game.

The game presents different objectives for attackers to complete and win. The objective might be to rescue a hostage, secure an area or diffuse a bomb. If your objective is to rescue a hostage, your team must breach every obstacle to get the hostage to a designated extraction point. In such a case, the defenders will do everything possible to prevent the attackers from succeeding. But no matter the fights, no team should kill the hostage, or they’ll lose the game.

In objectives where you’re to diffuse a bomb, a team member will get the defusal kit to plant on different objectives on the map. After planting the kit, the attackers will stand guard to ensure that the bomb diffuses or they’ve lost. However, the defenders will also try to stop the diffusal by trying to stop the carrier or even trying other means to stop them.

When the objective is to secure a designated area, the attackers will hold their position for a specific time. However, while they’re trying to achieve it, the defenders will make it harder for them by attacking and trying to stop them before the time.

The Rainbow Six currency is Renown. Players earn Renown for accomplishing certain things in the game. Renown is the money you can use to buy cosmetic skins, weapons, unlocking operators, getting attachments, etc.

You can start earning Renown by watching the Rainbow Six Siege tutorials. Every video you watch gifts you 200 Renown. Then if you take time to go through all the videos, you’ll get extra 200 Renown in addition to the 200 from each video.

Another way to make 600 Renown is by playing the “Situations.” These are games that prepare you for the main game. Once you complete the short games with three stars, you’ll get the prize by completing the three objectives.

There are other ways to earn Renown in the game as you play. Try your best to make more money as it’ll expose you to better gear.

Apart from Renown, theirs is the premium R6 credits that offer better chances of acquiring advanced weapons and Renown Boosters.

No matter what you do, always communicate and coordinate properly with your team. Also, choose the Operator that suits you. Don’t forget to learn the maps and play the game with your gaming friends to win.

Rainbow Six Siege requires teamwork and strategy to win as a defender or attacker. Also, you have to understand how the game works, the right things to do, and the Operators to use. We’ve covered some of the critical aspects of the game. As you play, you’ll horn your skills and get better at the game.