Maybe for you, computer specifications that are just barely a barrier to playing games.

Want to play the latest Assassin’s Creed game, it turns out the computer is slow. Want to play PUBG, it turns out too slow. Not a few have given up and are considering retiring from gaming. Like it or not, only light pc games or old school PC games are available.

Of course, for those of you who are already rich, or the children of officials, please buy better and adequate hardware to play the latest PC games. But for the rest, you have to be quite satisfied with the choice of lightweight PC games presented in this article.

Welcome to Techpanga, and here are 24 of the most exciting light games that you can play right now! 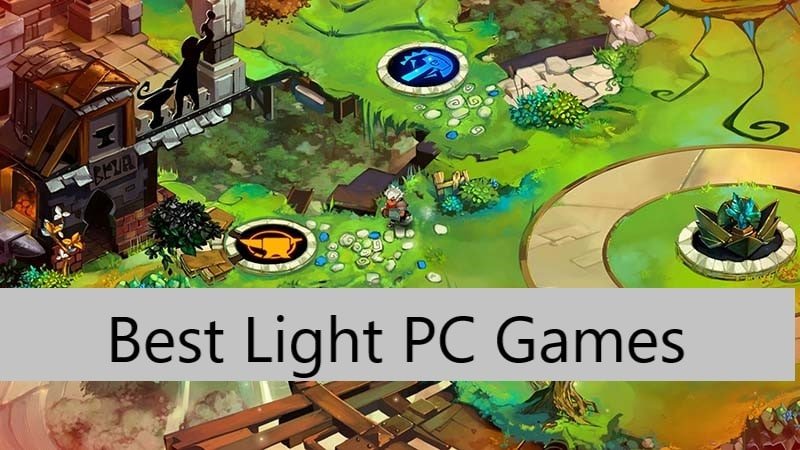 Bastion is an RPG game from the Steam platform developed by Supergiant Games. Bastion is a fighting game levelling up while collecting weapons and improving skills which we think is the most exciting part of this game.

If you like games that sharpen your mind and have limited computer hardware, Bastion is worth considering.

23. Mark of the Ninja: Remastered 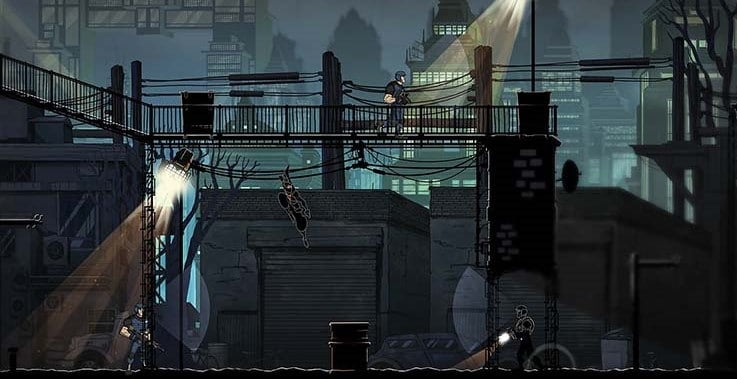 Even though it’s light, this game is equipped with smooth graphic quality and doesn’t hurt the eyes. This Mark of the Ninja: Remastered game is a development (remaster) of the original version which was released in 2012.

This game is not only fun but contains puzzle elements that make you also need your brain to play it.

This light game should be able to be played on all PCs and computers, but if your computer is out of date, it might still lag in some parts. But you can! 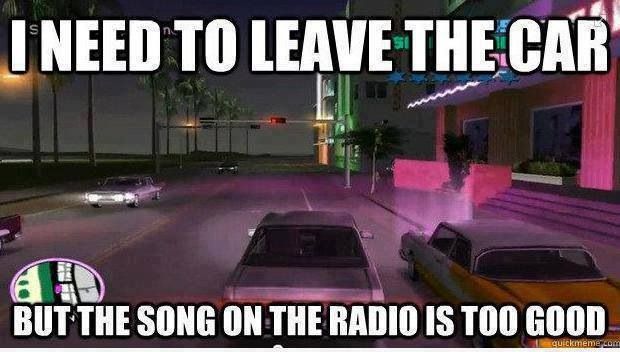 Vice City is one of the most successful Light PC Games in the legendary Grand Theft Auto series. This game can also be played on Android, and as we thought, it immediately climbed the popularity ladder as one of the best offline android games ever released.

In this game, you will climb stairs corporation mafia while completing various missions in Vice City (replica Miami). And of course, you don’t need more than 2GB of ram to finish off your business opponents! 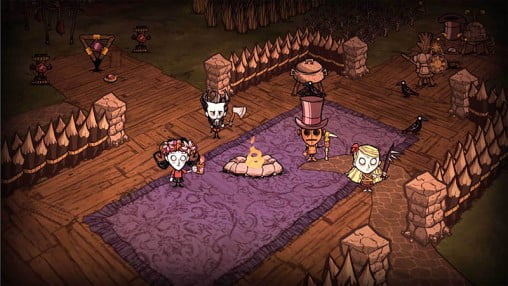 This survival game looks like a cartoon made by Tim Burton! In Don’t Starve, you have the option to choose a character, each of which has its own advantages and disadvantages.

Your main mission is very simple: survive in the harsh world of Don’t Starve.

This Light PC Games has a dark 2D style in a 3D world. If you are confused, just try playing because it will provide some other perspectives so that it makes you feel like you are ‘entering’ into his world. 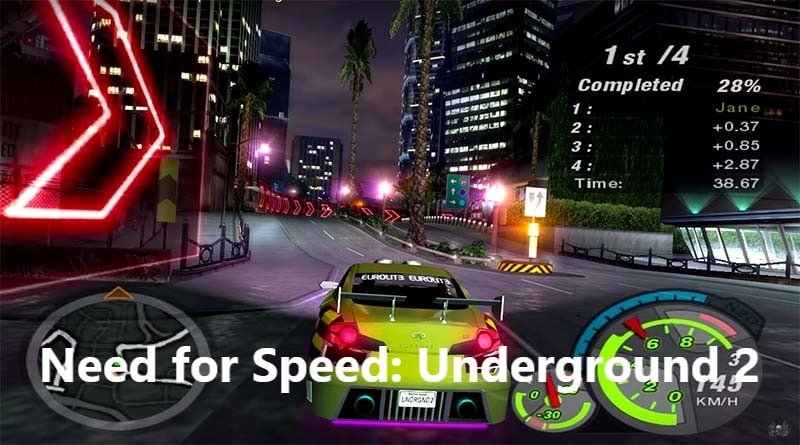 Some of the main advantages of this game are cars that can be customized at will, and street action that is very wild, like those in Fast & Furious movies.

Even Light PC Games, this racing game will still be remembered as the best PC car racing game of all time. And of course, it’s still fun to play!

League of Legends is one of the most popular games in Indonesia. Can you guess why? Yes, this game can be played on a PC or laptop with as little as 1GB of RAM! If your graphics card is in the Nvidia or Radeon series, you can be sure it will run smoothly. 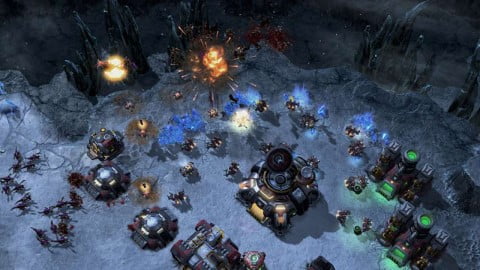 Although it is often considered one of the best creations in video game history, Starcraft 2 doesn’t need a sophisticated computer to play it. Light PC Games and easy to play.

In general, this game can be played on an old PC or 4 million laptops with even standard specifications. But don’t expect to be able to play with good graphics (like the picture above), at least you can shoot the enemy and finish this war game.

This Retro game opens up opportunities for you to be very innovative because you can build any building you like.

Most people think this game is only for children. Our advice is, just try it first, maybe you will get hooked.

You will not be amazed by the graphic beauty of this game. But the visuals that can be adjusted in such a way make this lightweight PC game suitable for any type of computer or laptop. 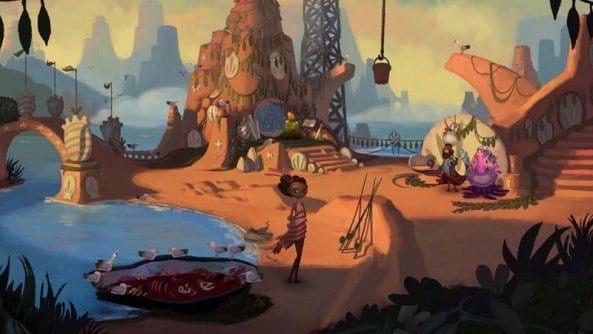 A point-and-click game where you will play 2 characters, namely a boy and a girl, where throughout the game you will switch characters from one to another.

Stories are presented from the point of view of each character so that the stories are not boring.

Too bad we can’t reveal further because it will be a spoiler. So just play this game, guaranteed not to regret it. 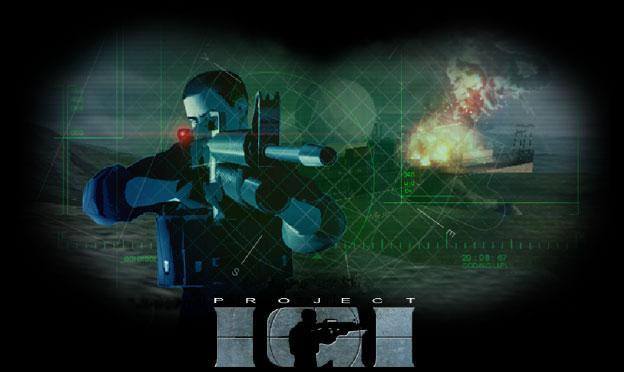 The point-and-click game, nostalgic and full of interesting puzzles. The storyline is quite open-ended so you can explore and try many other paths/ways.

We consider this game to be an adventure game with challenging puzzles, unique characters, and an interesting and mysterious story plot.

Papers please is an indie puzzle game that focuses on difficult emotional choices.

You will become an immigration inspector at the border where you will check documents from abroad, and use the tools available to determine whether the document is valid or not.

Limbo is a standard platform game with a dark black and white theme that makes the playing feel even creepier. In this game, you will play a child who is looking for his brother who is lost in limbo.

Stardew Valley is a farming simulation game developed by the developer Chucklefish Games.

This game is similar to Harvest Moon where you need to take care of the garden and also help the development of the local village. There are also several other life simulations, for example, you can socialize with residents and marry someone. 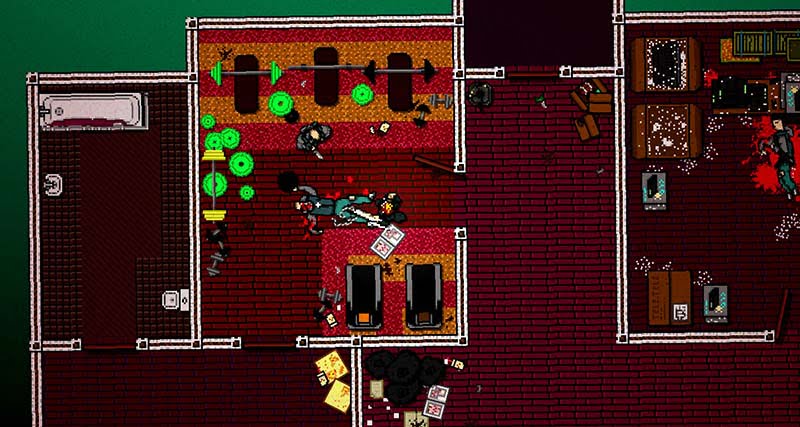 Hotline Miami is a 2D indie game, with a top-down view and an action-shooter genre. The view from the top helps you to plan each action more carefully.

To The Moon is a game based on a story where two doctors take a time travel to the past through the memory of a dying person, with the aim of being able to fulfil his final wish.

The characters and stories of this game will get stronger as you complete the existing missions. 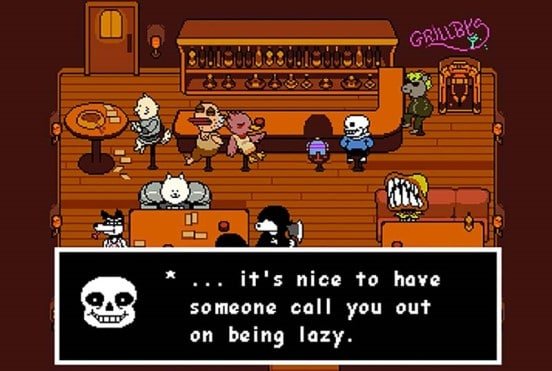 This game is a bit difficult to explain, you should just download it or check the gameplay review from YouTube. This RPG game is not like RPG in general.

Dig and manage your underground mine while uncovering the secrets hidden inside.

In this game you will dig underground to find treasures that will be used to build a city on it. The more the city is built, the more shops are opened and your abilities will increase. 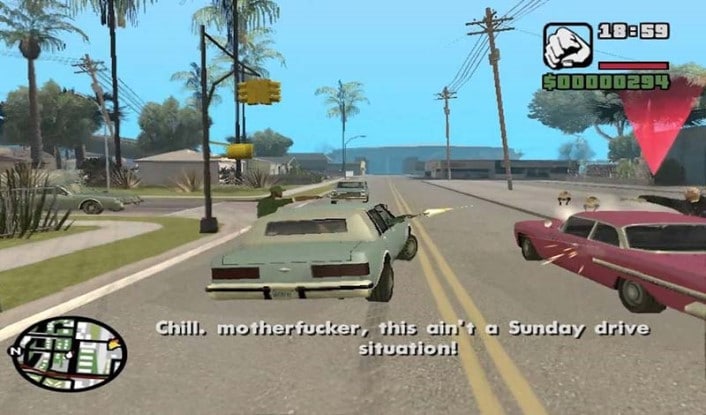 Maybe this is the best GTA game ever. In GTA: San Andreas you will play Carl Johnson, a black man who lives in a Los Angeles slum and tries to survive the harshness of street life.

For those of you who have never played, this game is definitely super, you must play it. 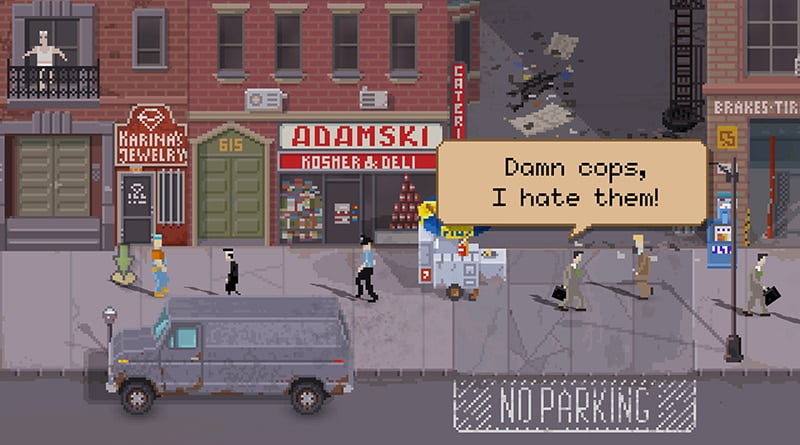 Beat Cop is a point-and-click indie game where you become a cop who is accused of a murder. You will complete various obstacles every day, and how to solve them is up to you.

For example, if you choose to accept bribes from the mafia, you will gain the trust of the mafia but reduce the reputation of your fellow cops. 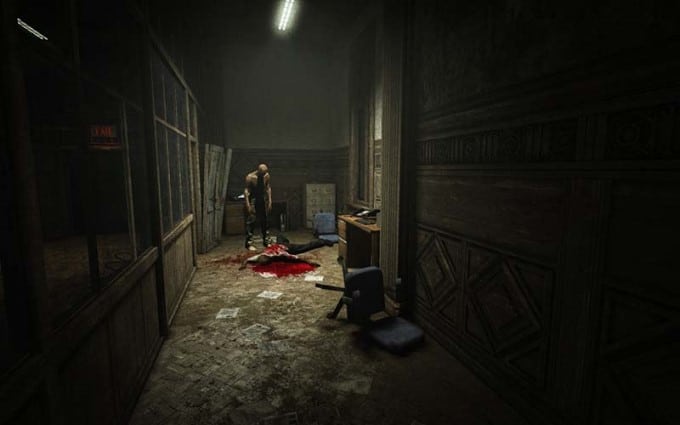 This is a horror game. In this game, you will be placed in a mental hospital that is isolated and inhabited by strange creatures.

All these creatures will try to eat you and in this game, you are not given any weapons or tools to kill them. You can only run.

Portal is a game that really requires brain skills to solve puzzles in 3D spatial space.

Even if you play it at a resolution of 800 × 600, it doesn’t matter, the excitement of the portal game is not based on graphic quality. Portal games are played for their fantastic gameplay and puzzles.

The advantages of this game are in all aspects, especially in the choice of various weapons, armour, and wide creative freedom in this sandbox game.

Instead of building a tense atmosphere, Terraria uses bright colours, and arcade-style action to create a fun experience beyond its survival elements.

This game is easy at first, you just kill the slow-moving zombie crowd. Gradually they turned into faster and more aggressive creatures such as flying monsters, lizard humans and others. To survive, you have to keep moving, avoid your opponent’s attacks, and make sure your attacks are accurate!

There are many weapons that you can choose from, such as short-range weapons (swords, hammers, sickles, etc.), long-range rifles (arrows, rifles, pistols), to rare items that can cast magic. Whichever you choose, it’s all fun slaying enemies.

Those are 24 light PC games that you can play on low spec computers. Any ideas, suggestions, or criticisms? Leave a comment below!