Bots were all the rage when they first came into existence in the vast and ever-changing domain of social media. And they delivered, too. Users began seeing spikes in the number of followers, likes, and comments on their accounts.

Hence, the ban against utilising such tools.

How, then, can an Instagram growth service and an Instagram automation tool make all the difference? Take a look at their advantages.

Unlike bots, automation through Artificial Intelligence is able to make sense of an audience as a whole. This may be oversimplifying the processes behind machine-learning, but it’s true. Instagram automation tools can categorize your audience and intelligently mark which categories are relevant to your account and which ones, not so.

It’s a fact that spending on advertisements online is a hit and miss. Add to that the fact that it’s not exactly cheap. So, why a hit and miss? Just because you pay for the set up of ads doesn’t mean that that’s your ticket to higher ROI.

What many disregard (whether on purpose or not) is that target marketing through customized ads is what will get you closer to your sales goals. Instagram, along with the rest of the social media platform giants out there, are already littered with ads. But the ads which perform well are those that have been tailored to reach a specific audience that frequently searches online for anything remotely close to what the product or service offers.

Thus, these target audiences are more likely to be influenced by such ads tailored to them than those that aren’t.

One of the reasons bots are abhorred today is because they’re programmed to reach out to as many users as possible, without filters, and they send out spams like it’s nobody’s business. We’re pretty sure you encounter the latter at least a couple of times every day.

This is because Instagram hasn’t set a limit in terms of how many DMs a person, or in this case, a bot, is allowed to send. Naturally, because bots are hardwired not to care about pestering potential followers and customers, they don’t delineate between relevant content and spam. They simply can’t.

There’s a misconception that spam messages are a good means of sending as many advertisements as possible without spending as much. Only, the opposite is true. Spammy content isn’t only easily dismissible, they exasperate users to no end.

The outcome? A cold, hard un-follow of accounts.

At the onset, you might think, “that’s just a couple of un-follows”. You can always have said bots replace them with new followers, right? Wrong. At least, we see a couple of problems here.

First, bot-powered followers are, most often than not, fake accounts. Second, fake followers will never be profitable. And third, spam will turn your existing real followers off. So much so that instead of keeping them engaged on your account, they may very well look away— something you can avoid with Instagram automation that’s constantly monitored by actual (and yes, human) growth experts. 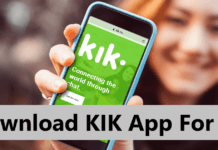 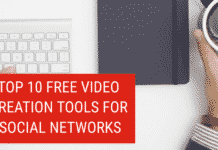 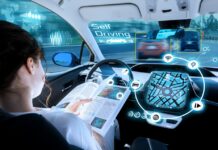