You cannot mention an industry without competition. And in most scenarios, there is a two-horse race, and the other players are just trying to grab something from the leftovers. We all know examples from our daily lives – Democrats vs. Republicans, Apple vs. Samsung, BMW against Mercedes-Benz.

In the world of mobile app development, React Native and Flutter are the ones that have the privilege to stand out from the rest. This article will review the difference between Flutter and React Native and which one can be at the top.

Both Flutter and React Native are cross-platform mobile development frameworks that let developers build native applications for both iOS and Android. However, it’s important to note that though both were developed by Google and Facebook respectively, Flutter was a joint effort with Alibaba, and React Native has some Facebook DNA. Both have tremendous functionality built into the framework, dedicated communities, and pre-programmed modules.

If you asked the question several years ago, there would be no contest. Just like Apple was The Smartphone, React Native was The Framework back in time. But we wouldn’t ask the question “Flutter or React Native” if Google didn’t decide to challenge their long-term competitor Facebook.

Flutter, on the other hand, is written in Dart. With Flutter, the codebase is shared by two platforms, and the development speed can be accelerated. The single codebase dramatically reduces time-to-market and costs for companies requiring app development on both platforms.

Differences between React Native and Flutter

While they offer many similar features, they are incredibly different in their natures. So, which is better – Flutter or React Native?

Let us start the race – React Native vs Flutter

Time on the market

React Native is a free and open-source framework created by Facebook that allows developers to create high-quality native apps for Android and iOS using JavaScript and React. It’s been used in production by Facebook, Instagram, Skype, Bloomberg, Wix, and Tesla, among others.

On the other hand, Flutter is used by Google, BMW, Alibaba Group, Tencent, and many others.

The fact that React Native is has been longer than Flutter on the market means that it can showcase many big names that have trusted the framework. However, let that not distract you from the fact that Flutter is gaining popularity by the minute.

According to a Statista research, cross-platform software developers invest more and more resources into Flutter.

In fact, Google’s framework is the only one in the big group (which also includes Cordova, Ionic, and Xamarin) that has not lost market share – instead, it can boast an increase of 9% on a YoY basis (2019-20). Number one spot React Native keeps its consistent results.

When asked who is better – React Native or Flutter, people often mention one key advantage of Facebook’s open-source product – it is written in JavaScript. In the world of software development, Javascript is a trendy language. This makes it easy for programmers to learn React Native – a framework built using Javascript and React components.

Flutter uses Dart. Dart is a powerful but complex language. Even though Dart’s features are incredibly helpful, it can still take some time to get used to. It has a unique syntax, and learning the language’s core concepts requires a great deal of effort and dedication.

The key difference between Flutter and React Native – documentation

Flutter’s documentation and support are top-notch. Many online resources are dedicated to the framework, and their development team is always there to help answer questions and explain confusing concepts.

React Native’s documentation is less complete than Flutter’s; it gets the job done, but there is still a lot to be done.

When deciding which framework to use, new businesses consider React Native and Flutter. While both are excellent frameworks, choosing the right one for your business can be a tough decision. Both frameworks have their advantages and disadvantages – React Native has a number of APIs and libraries integrated into its framework.

At the same time, Flutter is a cross-platform framework that offers a single code for multiple platforms, excellent documentation, and a growing community. There is a difference between Flutter and React Native, and that is great. After all, life is all about the options and the choices we make! 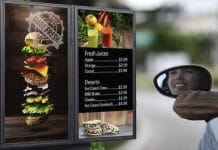 Is Digital Signage for Your Restaurant’s Drive-Thru Worth It 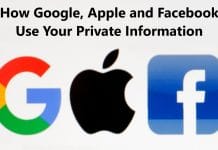 How Google, Apple and Facebook Use Your Private Information 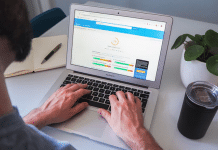 Advantages and disadvantages of SEO