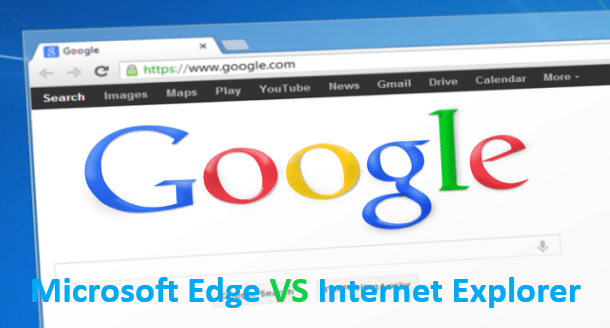 There have been many versions of both Internet Explorer (IE) and Microsoft Edge. For this particular comparison, we shall deal with the latest versions of each. Currently, Microsoft Edge is still under construction though it is available for use, and as mentioned, we’ll be comparing it with Internet Explorer 11. For starters, it is prudent to note that these two web browsers are from two completely separate times, and thus they cannot be measured with the same yardstick.

IE was the most popular web browser in 2003: statistics show that over 90% of internet users were using it. It monopolized the market for some time until other players like Firefox and Chrome came into play. As time passed, IE’s popularity dwindled, leading to the birth of Microsoft Edge.

How Internet Explorer Earned Its Reputation

Some of the downfalls that led IE to its death were resolved in the major upgrade that we shall see in Edge. IE’s security was not sufficient to protect its consumers’ privacy, thus creating an uproar from them. Furthermore, updates were only available every six months; therefore, users dealt with bugs for quite some time before they could have them resolved.

Microsoft Edge came in with a password-management system that is fully integrated with Windows 10’s passport security system, making it almost impenetrable to hackers. Their move to a standards-based extension system also improved security, limiting the sorts of resources that extensions have access to. With regards to browser updates in Edge, you can expect them every six weeks.

A Modern Browser for Modern Times

With the introduction of a digital assistant, Cortana, a product of Artificial Intelligence (AI), users can multi-task by simply engaging Cortana to carry out some tasks in the background while they work. This feature is also boundless for users with vision-related problems as they merely need to use their voice to engage Cortana.

Due to the time difference in the development of the two web browsers, a digital assistant was unfortunately not realized with IE, even though the web developers are the same. The reading view on Edge is notably less distractive and more attractive when compared to that of IE. The synchronization of critical information on all devices signed in to the same Edge account is also a major advantageous feature.

The amount of RAM required to power IE is strikingly more than that needed to power Microsoft Edge. Having a lighter version of any software has many added benefits to its users, and the same applies to Edge – from being incomparably faster to enabling users to open other software in the background without any performance issues, to the apparent enhancement of battery life in laptops. Small differences that certainly go a long way include support for creating multiple user profiles instead of being stuck with just one as with IE.

The procedure to enable JavaScript in Microsoft Edge is just as simple as with any other browser. With IE, users had to enable and disable JavaScript manually, assuming they were even aware of such an option in the first place. The one thing that Edge cannot win over IE nonetheless is that the latter supports legacy. What this essentially means is that as a web browser, IE is more reliable when dealing with old websites such as some government sites. Microsoft decided to do away with this feature in Edge to make room for newer and more up-to-date features.

On an ideal lateral view, Edge beats IE any day. However, some people remain loyal to Internet Explorer due to the nature of their digital activities and resulting convenience. Nonetheless, with the information provided, you are now in a better position to decide which one is a better fit for you.