If you’re a radio fan, you must have dived full throttle in its history to know the origin. Especially when it comes to the CB radios, most people are intrigued by its look, so would want to know about its history. It was discovered in 1945 by Al Gross.

For your information, he is the same person who invented the walkie-talkie and is also the legendary Citizens Radio Corporation owner. This radio became a rage across the globe during its time because small businesses started to adopt it as a marketing tool. 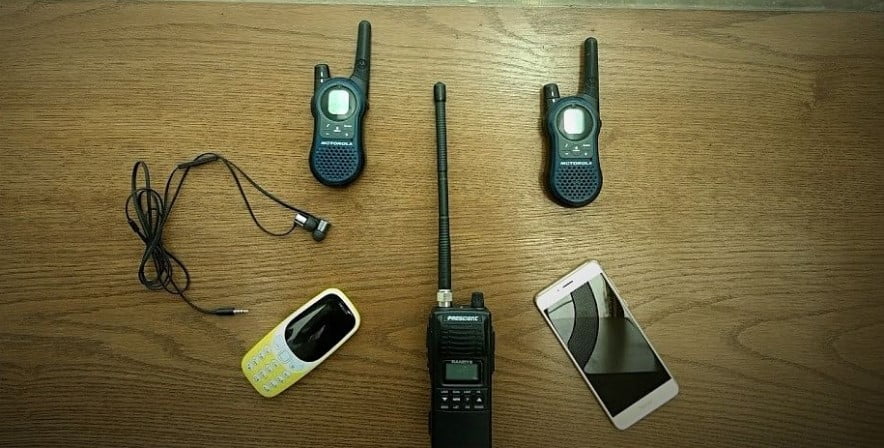 In 1958, fans of CB radio communication equipment in developed countries such as the United States, Europe, and Japan are an exclusive community group because they can communicate, exchange information, and make friends without knowing national boundaries, ethnic differences, nations, and religions by forming CB radio communication fan clubs form a community that is managed by a body called the Federal Communications Commission / FCC so that among them have started the pattern of globalization in international relations.

As soon as it entered the market, small businesses and especially blue-collar workers such as plumbers, carpenters, and electricians started to use it. There’s no denying the fact that it became a prominent tool for everyone to communicate with one another.

Although it was a bit too expensive for its time as time went on and the new decade of the 60s started, the cost to produce a single radio with 23 channels was low enough for anyone to afford it. In 1973, coinciding with the oil crises, CB radio became the talk of the town. Especially when the handled two-way CB radio emerged as a popular option, people adopted it because it changed the ways how people used to communicate from a certain distance.

Although the massive evolution in communication technology has changed the dynamics of how people get in touch with one another, still people from the older generation don’t shy away from discussing the hype of the CB radio back in the 1970s.

During 1973 when the oil crisis caused an upward trend in the prices of gasoline, the shortage developed as a result. In response to this issue, the government of the US decided to restrict the speed limit for the entire nation to be around 55 miles per hour.

This is when drivers claimed the opportunity because they knew that the CB radio could easily be used to get in touch with other drivers and inform them about the shortage of gas and the stations that had it in abundance.

Therefore, the CB radios became so popular that the company was compelled to launch them with 40 channels in the market. Secondly, when different organizations started to deliver news through this radio, it added more to its popularity.

The use of CB radios allowed truck drivers to organize group discourse. Furthermore, this radio also allowed them to come together and protest at different places against the high prices of gasoline. For your information, CB radio gained much fame when they were adopted in the movies as well such as Smoke and the Bandit.

If you see this film, you will find the CB radio registering a strong position for itself by allowing the different characters to communicate.

Now that CB radio has such a strong history, you will still find them being sold in different places on the web. In fact, with changes in technology, these radios are still used as a popular way to communicate in areas where mobile technology doesn’t function.

5 Strategies for Hiring and Managing Talent From Around the World