What started in the 1960s as research into anesthetics ended up being an extraordinary discovery for mechanical engineering. With this strange research evolution, it’s no wonder that fluorocarbons have become somewhat of a mystery, especially when detailing exactly what makes this compound so perfect for the construction of o-ring seals in aircraft and automobile engines. 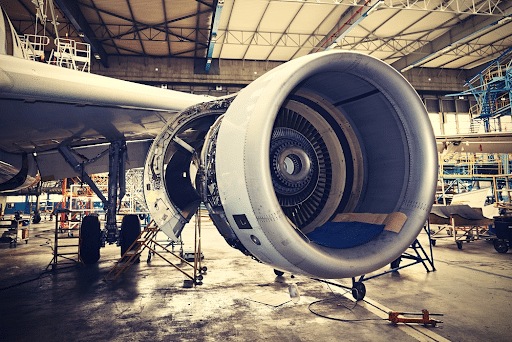 While the research on fluorocarbons failed to result in any anesthetics, what was discovered is that the compound has amazing resistance to flammability. This led to further study in how its use in mechanical engineering can lead to better engines and fewer maintenance costs.

Fluorocarbon is an elastomer-based fluororubber that can be used for o-rings and other special seals, which are needed in the construction and operation of aircraft and auto engines. Of its many touted benefits, two of the most important are its resistance to high temperatures and chemicals, although there are certainly other reasons this compound is used for o-ring construction.

There are essentially two grades of fluorocarbon used in the construction of seals and other engine components. High-fluorine grades are used when there is a need for higher resistance to swell during the use of high-octane and oxygenated fuel blends.

This is especially important when an Ethanol/Methanol blended gasoline is being used. A high-fluorine grade fluorocarbon also provides improved resistance to the effects of steam and higher temperatures.

Why is fluorocarbon the perfect material for aircraft and auto engines?

Due to their nature of being highly resilient and resistant to chemicals and high pressure, along with the compound’s ability to withstand high temperatures without swelling or decreasing in their function, fluorocarbon rubbers are perfect for use in aircraft and automobile engines.

Since fluoroelastomers can weaken from exposure to solvents based on their chemical similarities, altering the compound with hydrogen and fluorine creates a fluorocarbon that withstands much more temperature, pressure and chemical exposure.

As mentioned above, its ability to withstand extreme temperatures is one of the primary reasons fluorocarbon is used in making o-rings for the aviation industry.

In fact, high-grade fluorocarbons such as Viton can withstand temperatures between -13°F and +446°F or -40°F and +446°F (with special compounds). These are also unaffected by steam and boast a hardness range of 55 to 90.

While fluoroelastomers are used in the construction of o-rings and other special seals for engine operation, they are not sufficient for the chemical and temperature exposure that occurs in aircraft and auto engines.

An example of this is in the octane swell that occurs in both types of engines that would normally deteriorate the materials found in basic fluoroelastomers. Modifying these compounds with increased fluorine instead of hydrogen offers a solution to this dilemma.

It’s important to note, however, that there are compounds that can adversely affect high-grade fluorocarbons, according to Quantum Books. These include ketones, nitro hydrocarbons, amines, and hot hydrofluoric or chlorosulfonic acids.

As an engine technician knows, installing and maintaining o-ring seals can end up being a costly endeavor if the right components aren’t used and the right steps aren’t taken during the installation process. Since fluorocarbon components are easily available and last longer, there is a reduced need for maintenance.

This leads to greater productivity and profits for a company that incorporates high-grade fluorocarbon o-ring seals in its engine construction process.

8 Important Trends to Watch in 2023 for Telehealth App Development