Nowadays, cryptocurrencies are gaining much more important as one of the financial instruments to store the value of wealth. One of their most important features is that they can be transferred between users of a given network without the need for interference from third-party organizations (banks). 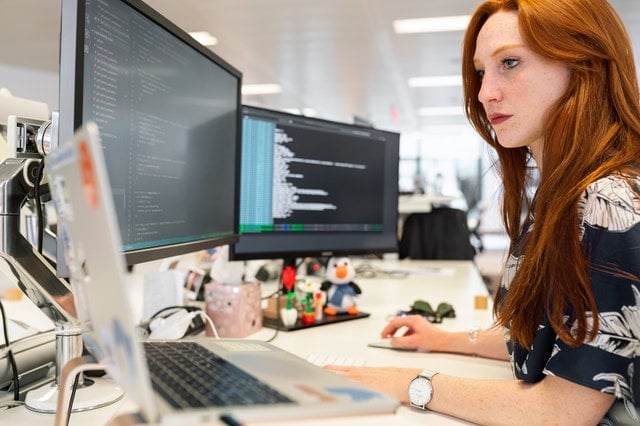 This is especially important because cryptocurrencies are not subject to currency conversion, so the recipient gains exactly the market value. For this reason, many experts believe they are the missing link in the banking system. How is it that they gain or lose value?

Why is the value of cryptocurrencies increasing?

First of all, you have to start with the fact that the total amount of them on the market is important. For this reason, many people use mining os to get their own coins. In this way, you can get your own cryptocurrencies that have a certain value, for which you can conduct an exchange trade with other users or stores.

The more people are interested in this topic, the more likely it is that they will gain a very high value. At the same time, their limited amount makes it impossible to dig more than the target pool size.

For the reason that cryptocurrencies are not counterfeit and their quantity is limited, they become a very attractive means of payment. They can certainly be compared to gold, which has similar characteristics. On the other hand, it is necessary to remember that gold cannot be sent to the other side of the world literally within a moment. For this reason, cryptocurrencies seem to be much more future-proof than raw materials.

However, it is important to remember that due to the lack of regulation on cryptocurrencies, they are like a separate monetary system. This may not appeal to all the institutions that would rather keep tabs on transactions and collect margins.

Will cryptocurrencies be the means of payment in the future?

This is one of the most important discussions of the current times, and the implementation of this technology as a widely used payment method could change the course of human history. It would allow for uncontrolled transactions between users from all over the world. This is very tempting because in this way people would be able to remain anonymous, which at the same time carries some risks.

People could use this most important feature of cryptocurrencies to launder money or make illegal transactions. This could lead to many people getting rich illegally at the expense of other poor people. This is a real moral problem that needs to be solved before implementing cryptocurrencies as an official means of payment.

Another problem is the highly volatile value. It is possible for the value of one coin to drop to deficient levels within a month. This could pose serious problems that cannot be solved in a short period of time.

An alternative to this situation could be to issue stablecoins whose value would be equivalent to standard money. It is possible that in a short period of time, new technology will emerge that will be a real link between cryptocurrencies and people who want to conduct transactions in this way.

In conclusion, cryptocurrencies are currently a technology that is developing in very fast way. For this reason, many people are thinking about which one to invest their savings in. In this way, they are looking for opportunities to invest capital, and mining software is increasingly being used by people to mine coins. It’s hard to say exactly what the future of cryptocurrencies will be, but one thing is certain. This is a technology that could lead to a real upheaval in the market, and it’s worth watching which direction it goes.