No matter the platform you utilize, building an app is bound to be an expensive endeavour. Whether you’re looking to place your app on an iOS or an Android operating system, you’re going to be facing the possibility of thousands of dollars going into the project. Anyone can have an idea and the drive to build the latest and greatest application that will change people’s lives, but few have the financial backing to do so.

When it comes to iOS app development, the financial aspect is one of the biggest obstacles for any independent developer. Many people turn to outsource their work to freelancer programmers and developers in order to cut costs. Even then, your basic commercial app is looking to be around $25,000 with the price rising as you continue to add new features. Some apps even cost six figures to develop and release.

If you’re about to start the development process, you should ensure two things – you have the financial backing, and you’ll make your money back in the end. With the high development costs, making an app for Android or iOS is a risky pursuit that should be done with a near guarantee of a reward. Now that you’ve decided to press forward, your next question is Android or iOS? What is the cost to develop an app for these systems?

Is There a Difference Between Android and iOS Costs?

The short answer is no. There’s really no difference in cost between the two systems and the only way to change the cost is through what features you add or subtract. The main difference between the two systems is the number of devices you may have to accommodate. Apple’s products are popular and well-known, but Android really has more devices you can implement your app onto. Because of this, it may take more time to develop an Android app as you’re programming for different resolutions and controls.

With the right software development team by your side, you’ll be able to design an app for nearly any device that works on the operating system. Software companies that specialize in app development have begun to focus on multi-device designs into their process. As both operating systems continue to expand and include more products, it’s imperative that you accommodate this growth with your apps. More devices mean more interaction and more income.

What many developers experience with app development is the iOS primary path. This is basically a fancy way of saying apps are usually designed with iOS in mind and later transferred to the Android later once bugs are worked out. This is typically attributed to the substantial financial benefits that come with the Apple store. Estimates say that nearly a quarter of the apps on the App Store make $5,000 a month whereas only 16% of Google Play apps make that much.

Brace yourself because the cost of the project is where most developers will turn away. When developing an app for the iOS or Android operating systems, you’re looking at about $20,000-$30,000 for a basic app. These apps are simple apps with basic iOS or Android functionality and will generally take a couple of months for the development phase. Simple and basic are terms utilized lightly, meaning your app will function properly and provide a user with a generally pleasing experience.

The more features you include, the higher the cost of the final product. More complex apps can reach up to $50,000 and will generally take longer to develop. Implementing each feature you wish to include and making it function properly on the operating system will take up a load of that time. Some apps can cost nearly $80,000 to make and others can reach well over $100,000. Apps such as these will generally take about half a year to design and develop.

Whether it be higher an art team couples with front end developers to create an appealing and functioning GUI for your users, or looking for a quality back-end developers, the costs will slowly build. Apps are no joke to make and the pricing, while it might sound steep, is rather accurate to the labour and development that goes into one of those tiny squares on someone’s phone. Be sure that there is a market for your app and that there will be a return for your financial input.

Working Alone or with a Team

The idea of designing your own app all by yourself is a dream that many of us strive for. It’s not out of the realm of possibility and many have made a living as an independent app developer creating small scale apps for phones. As achievable as it may sound, the cost of developing an app on your own is much higher than it would be as a development team. When you’re working alone, you’re also footing the bill alone.

The costs to build an app will remain relatively similar for you as an independent developer at the start of the process. This will quickly change as you continue to design new features and cover tool costs. You would think that working on a small scale as an independent developer would be more cost-efficient than hiring out a software team, but it’s the opposite. Teams already have the tools in place and many of the processes mapped out whereas you’re starting from scratch.

It’s for this reason that many independent developers turn to outsource their work to freelancers or hiring development companies to aid them in the process. You’ll want to save as much money and time as you can if you’re hoping to get a return on your app that justifies the process. When working alone, you’re looking at higher costs and longer development times.

The operating system you choose will make little difference to the end price you pay, but the cost of developing an app will remain rather high. Creating an app takes time and money, especially if you’re looking to go in alone. By hiring a software development company, you’ll cut costs and save time, getting your app on the market and readying your return. 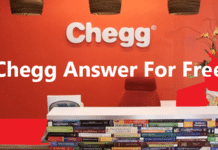 How to fix DNS CAA issue on SSL Certificate (https) 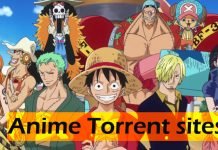