There are many steps that are involved in the development of web applications, which significantly make great results.  To make it in an appropriate way, you need to decide which framework is the most suitable. So in this article, I am going to describe the peculiarities of Angular JS and its latest version. What is the major differentiation of these two kinds of the programs and how to migrate and upgrade it? In case you still don’t know the answers to these questions, you may continue to read this article.

Angular introduces Google’s framework for building client applications. It is primarily aimed at developing SPA solutions, that is, single-page applications. In this regard, Angular is the heir to another AngularJS framework. 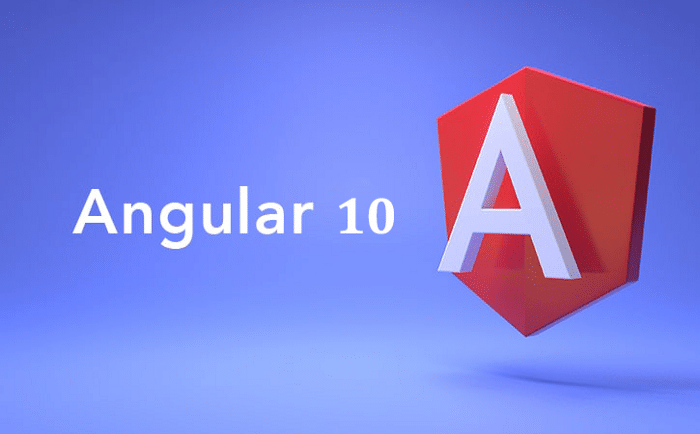 At the same time Angular is not a new version of AngularJS, but a fundamentally new framework. Angular provides functionality such as two-way binding to dynamically change data in one place in the interface when model data changes in another, templates, routing, and so on. One of the key features of Angular is that it uses TypeScript as its programming language.

It is a useful framework for developing apps. It allows you to utilize HTML as your sample language and gives you a possibility to enlarge the syntax and put your application’s elements briefly and shortly.

Why do developers tend to improve Angular?

To be honest, each thing sometime may run out of their opportunity, that’s why it also happens to AngularJS. AngularJS was founded approximately ten years ago for the developers and gained huge popularity. In addition, throughout this period it advanced and produced a lot of other versions.

Moreover, it has become an outstanding popularity thanks for well-known Google, that has given AngularJS an incredible and distinctive structure. For a long period of time, this framework maintained its reliable and remarkable brand. All in all, developers started to find.

but basically, it turned out to be much more than the usual analogue, which appeared as more effective, useful and practical frameworks. Due to the statistics, it has been established that AngularJS has completed its working process, after the occurrence of other Angular.

Is it difficult to perform the updating?

It all depends on the factor of how complicated your apps are. You can perform that process on your own or hire the professional developer, who definitely knows what to do. You may consult with him or her in order to get some recommendations or you can pay them for the work they will be going to do.

In case, you have finally decided to update your program, bring it to a better level, improve its functioning, interface and tools. If you want to feel the speed of quick features, the next step should be chosen is the program to which you want to make the transition.

Why do you need to upgrade your framework from one to another?

An excellent example may be related to the working process. During the work, you can face the problem with really slow request processing. Moreover, the errors in the codes occur rather often. It can lead to poor processing, very long downloading and inappropriate quality while developing an app.

What are its new features, peculiarities and how does it differ from the Angular JS?

In June 2020 Angular has significantly released their new version Angular 10.

It is an extremely contemporary, quickly and intelligent framework, it is a fully rewritten version of AngularJS. As a result, it is becoming very popular with each coming day, and developers start to extremely upgrade it.

The following question may appear: Why it is necessary for you to update your apps providing that this framework seems very familiar.  Nevertheless, this version is increasingly qualified and advanced in such a way that it can bring you a lot of benefits. Consequently, it is highly respected to advance your framework.

Talking about the changes in details they are:

Thanks to the new version, the development can be performed near to five times faster than in AngularJS.

Due to the improvements, the utilizing of modular systems, it appears very understandable, reusable, extended and maintained. Modularity is the functional system divided into separate parts of self-sustaining features.

By providing the independent layers of rendering it lets us create module tests, which are significantly fast and with the aim to minimize all dependencies by getting them much easier, and to create and provide them with the huge ability to run it very easily.

The advancement of CLI has continued to improve so that you can explore the framework even on an intuitional level. Moreover, due to the improvements, the code-shortage has significantly increased in its size. In addition, it is used for maintaining, developing and initializing Angular applications straight from the commands.

The development of native applications may be utilized with the help of Angular, also web apps but they can differ from each other.

It is an extremely useful combination of JavaScript, which assembles and supplies a syntax testing and other annotations that are grounded on ES6. Static typing comes up with the TypeScript during the development. Such typing lets you not just advance this process but also helps you to keep away from the difficulties, while you’re creating big and compound apps.

Separate parts of capabilities are manifested in elements. The very strict rule is to save each element per file.

Overall, there are 4 steps and tools how you can proceed to the migration from AngularJS to Angular:

It is obvious by its name, so it means that you have to rewrite the whole code. It is very obligatory for the old apps and the outmoded program files, so the rewriting will bring them back to life. Establishing from the very beginning, you are able to overthink all features of your program and start creating something fresh and new.

On the other hand, a huge disadvantage is also here. If you rewrite the whole app, it takes a lot of time. The major problem lies in that you have to work with the programs simultaneously, to be honest, it is really hard, and if you want to do it on your own, it may be very difficult.

The main feature is that it is oriented on analyses and really comfortable in its use. It works along with the program that you obviously have installed the Angular Command Line Interface. Providing that you utilize the ngMigration Assistant, which observes AngularJS and creates the instructions to you on how to migrate, you can follow the commands you get and use it for any size of the application.

So to begin the process of the migration wouldn’t seem so complex. If you have installed the program, you can observe how to use it, and get the general guidance.

In addition, there is the ngMigration Forum, which is in charge of the availability of the expert’s counselling. Due to that fact, you have the great possibility to get acquainted with the information about the latest changes and transformations of operations with Angular. Moreover, by using their advice you may come to your own conclusion and find through which ways you will perform such tasks.

Read More: How to Update Kodi Latest Version on Any Device 2020

Thanks to that tool you can easily maintain the working process of two programs. While combining AngularJS and Angular apps, so to handle them simultaneously the ngUpgrade is the greatest program appropriate for it. It lets you produce the moving in bits since the various frameworks work jointly. ngUpgrade has a module that assists you to launch and optimize your app.

It provides you to slowly migrate from one to another, in addition, such kind of migration can continue a great period of time; it all depends on your preferences and requirements. Also, ngUpgrade lets Angular and AngularJS coexist and run together without interrupting the application.

It has packages in Angular that permit you to modify and convert Angular elements into self-elements, obviously understood by browsers. Angular Elements get rid of the importance of ngUpgrade; nevertheless, they are useful only for very large and complicated applications.

From the above-said information, we can conclude that updating the program is a very good opportunity to improve the quality of your development. Thanks to the latest versions, you can use many useful features that will help you a lot in your work. I also wish you never feel hesitation and always try new ways to improve your work. Therefore, I wish you good luck and strength in your endeavours!