Have a virtual reality device but don’t have an interesting video to watch, here is a YouTube channel with the best VR 360 video content.

In this age of sophistication, digital entertainment has become one of the most sought after choices for almost everyone from children to adults.

Besides playing social media, gaming or streaming movies online, another digital entertainment that is chosen is watching YouTube videos.

Providing a large selection of interesting videos in it, it’s no surprise that this one platform is one of everyone’s favorites.

With the addition of a VR device, you can watch YouTube VR 360 video content and feel as if you were in that place. 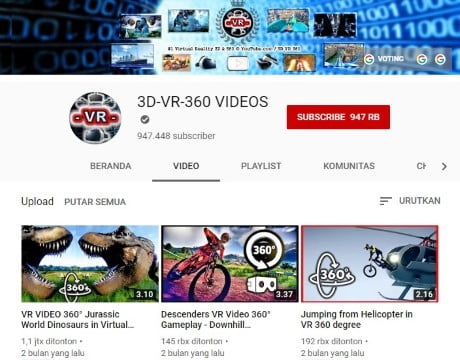 As the name implies, YouTube channel 3D-VR-360 VIDEOS provides a large selection of interesting VR 360 video content in it.

Starting from jumping from a helicopter, playing roller coaster, to horror are all available on this channel.

Not only that, but this channel also sometimes uploads VR 360 video content by taking the theme of the gameplay experience infamous games like Fortnite, Call of Duty, and others.

The 3D-VR-360 channel itself so far has more than 900 thousand subscribers from the 76 videos they have uploaded. 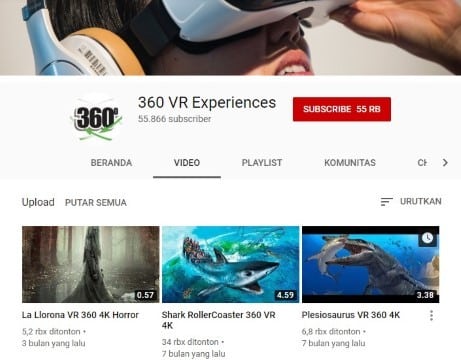 From the name, maybe you already know that the purpose of this 360 VR Experiences channel is to provide a 360-degree virtual reality video experience.

In addition, in one of the videos, this channel also tries to give you the experience of driving a BMW X3 on the planet Mars, you know, gang.

With a variety of interesting video content, the 360 ​​VR Experiences channel already has more than 50 thousand subscribers. 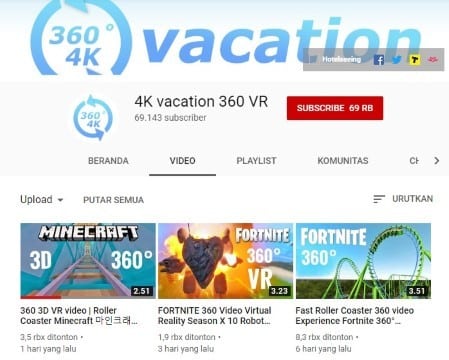 Unlike the previous channel that provides VR videos with real-world settings, this 4K vacation 360 VR channel gives you the chance to play roller coaster with the settings for the Minecraft game theme.

In addition to roller coaster rides, this channel also provides VR 360 video content with a choice of other exciting rides.

Channel 4K vacation 360 VR itself is more focused on their VR video content by setting a number of famous animated games and movies.

For you fans of games or animated films, maybe this channel can be the right choice according to your taste. 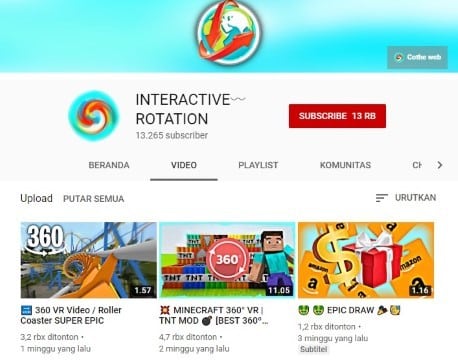 Through its 360 video content, this channel gives you the chance to experience playing roller coaster rides with a different place and track settings. 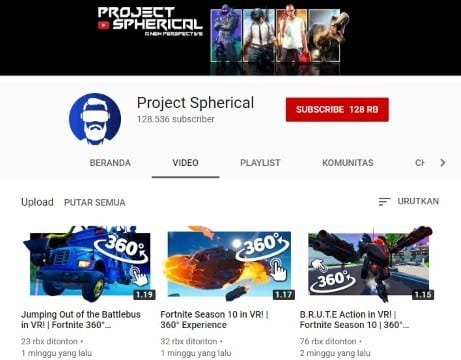 With its VR 360 video content, this channel tries to give you the experience to be able to feel inside a game and see the game’s progress.

Some of the popular game names available on this channel are Fortnite and GTA.

Having a pretty good video quality, the Project Spherical channel has been able to attract the attention of 140 thousand subscribers. 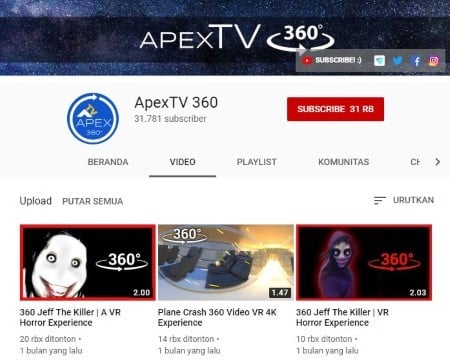 If in the previous channel it focused more on the themes of famous games, this ApexTV channel provided more VR 360 horror-themed video content.

In addition, in some of the videos, this channel also offers its viewers to experience the experience of being trapped in a place and being met by a creepy strange creature, a gang.

Not only that, this channel has also uploaded VR 360 videos that offer experiences when trapped in a plane crash.

Although the video selection is still relatively small, this ApexTV channel has been able to reach the number of subscribers as much as 31 thousand. 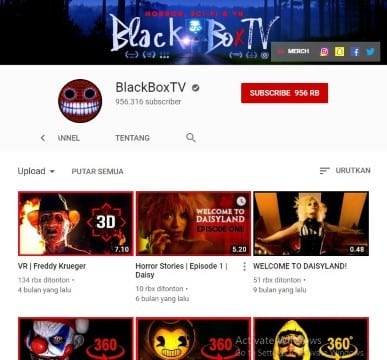 The last YouTube channel that provides VR 360 video content that you can try watching is BlackBoxTV, gang.

This channel provides a fair amount of horror-themed VR video content that invites you to explore a scary place.

In addition, there is also some prank video content with horror concepts that have been uploaded by this channel, gang.

Offering a variety of horror video content that is well-liked by many people, this channel has been able to reach as many as 956 thousand subscribers.

Well, those are some of the best YouTube channel recommendations that provide a variety of VR 360 video content in it, gang.

Even though you can still watch it even if you don’t use a VR device, it will be even more fun if you use VR.