Why do you need reading the guide?

Vaping is capturing the world. People of all ages from different regions are eager to make a puff with a nice vaping device. The advertising of vaping is developing as fast as possible. Taking into account this vaping environment more and more people have a desire to try what vaping it.

To tell the truth, the demand is so high that there exists a book by Craig Dunn The Modern Guide to Vaping: An introduction to electronic cigarettes and the world of vaping. The book is available both online and in paperback.

In addition, there are a number of applications for smartphones, where you can find all the important and relevant information. Usually, they resemble either Instagram or Wikipedia and you have to process various information before finding the piece of information that you need. However, it is unlikely that you would like to read a whole book or download dozens of apps to get the most important information about vaping to begin. This guide is shorter in volume, but a deep, terse, and consistent in terms of content.

For those, who are completely at a loss, because they have not ever seen the vape in real life, the short explanation of the main functions and constituents of the vape pen are being described. Firstly, a vape pen (or other types of the device) has at least four elements. They are the battery, coil, tank, and drip tip. The more developed models’ complete set might differ.

A drip tip is a tip that you inhale the vaporized vape liquid with. This is the part of the device that always has to be properly cleaned because the microbes, bacteria, bugs, and viruses can get into your digestive or respiratory system with the help of it.

A tank is a capacity, where vape juice flavours are being put for the process. The most primitive tanks looked like a tiny barrel, with a special place for coil and followed the drip tip. In modern models, the types and volume of the tank vary.

A coil is seemed to be the tiniest part of the vaping device. This is a metal wire that is surrounded by any wicking material, such as cotton. Its main function is to absorb and vaporize e-cig juice. Depending on the power of the coil, a vaper receives the different quality of vapour.

The best e juice (continue reading) is to be meant here also. Though it is not a part of the device, the vape cannot work without it (except other special substances). Nowadays a lot of vape flavours are about to be banned all around the USA. Donald Trump is working on this because of the cautions and warnings from the specialists in the sphere of public health.

A battery is the engine of the vaping device. It gives power to the vape to work. The characteristics of the battery (Watts, Volts) allow to control and change of the quality of the smoke because after the battery interacts with the coil vape liquid is transformed into vapour.

All the vapes are conditionally divided into four generations, however not all the people support this classification. Skimming through the main characteristics of each generation allows us to understand the main pros and cons of each and to choose the one that fits us best.

Generation one: cig-a-likes, which are easy to find in any town, city, or countryside. They are simple in use, cheap and convenient for those, who are trying to switch from smoking to vaping. However, the wave of their popularity has already been lost on the rocks.

Generation two: vape pens, which used to be the most popular even when the newer models were developed. They are bigger in size and a lot of companies introduce a special kit for a starter to try if you would feel ok with vaping the vape liquid, not smoking tobacco.

Generation three: vaping mods, which is known as the advanced generation. After the boom of vape pens, people wanted more functions and more tools to be in a single device. Batteries have become more powerful; sometimes flashlights were installed into the device, regulators of battery’s Watts and Volts were created, and more.

Generation four: vaping pods, which are known for style and design. After the power of mods, people became aware of the outer look of the device. Being powerful and using minimum vape liquid for maximum vapour was not enough anymore. Vape pods focused on their appearance. The task was to make a vaping device proper for any event and look.

Being a complete beginner: how to get into the vaping world smoothly

In case, you have never used either vape or a cigarette, it is better not to take off. Gathering speed in something new is not always good, it might result in unpleasant situations for the vaper him- or herself. For instance, such devices as Mechanical Mods, Rebuildable Tank Atomisers (RTA), and Rebuildable Dripping Atomisers (RDA) are recommended not to be used unless you have some knowledge of electronics and experience with vaping.

The yes and no: what we can do and what is a taboo

The question of substance use is always to be discussed. Being a beginner it is better to start with a simple vape liquid, or at all – a vaping base. Having got used to it, you might move on to the premium vape juice. It is not recommended to experiment with special waxes, shudders, and oils. The most important caution is not to start with dry herbs. It is better to never use drugs unless you need it for treatment. However, if you have decided to try at least CBD – consult your practitioner.

Being a starter never tries to reach the professional level with the first puff. There are two main methods of vaping. The first is when vapour gets into mouth firstly and then into the lungs, the other suggests a direct path to the lungs. Obviously, the second requires more experience. In addition, more airflow is needed for the second type and your lungs are exposed to higher temperatures. This might cause a number of illnesses and irritate your lungs sooner than when you use the first method.

The last, but never least are self-prepared vape juice flavours. Some people try to create an unforgettable flavour for themselves. They experiment with various vaping bases and some other chemical elements. The result is often inerasable. Having no experience in vaping, being completely ignorant of chemistry, you can never succeed in making your own vape liquid. It might be ok, but you can never observe the result for your health immediately. It is better to use tried and tested premium vape juice. 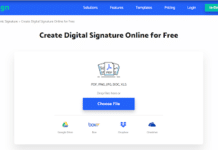 How to Create a Digital Signature Online | CocoSign 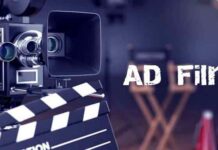 All You Need To Know About Making Amazing Ad Films 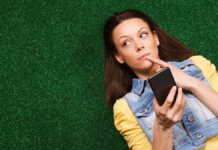